I am not one for horror movies and I have a particular dislike of the Walking Dead.  However, when the TV show by that name premiered on Halloween – October 31, 2010, it became an instant success.  Probably the TV series with the largest budget for make-up, wounds, and blood … but it is something I have refused to watch.

Probably because in 1968, when I was 13 years old, I saw the movie Night of the Living Dead. This black and white film, made outside of Pittsburgh, had a budget of $114,000 but earned $30,000,000 dollars internationally.  The photo above is actually from that film and looks pretty sad to me and not very scary.  They look more like Steeler fans leaving Three Rivers Stadium after getting a rare beatdown by the Cleveland Browns.

However, the 12 Disciples got to see the real thing when Jesus got out of the boat in a place of tombs where a demoniac was known to live.  This crazy guy lived in the apartments for the dead on the Sea of Galilee which had become a graveyard.  He lived in the tombs and was possessed by demons.  He was a powerful man, able to break the chains people tried on him, wore no clothes, had not bathed is decades and definitely in need of a case of Tic Tacs.

The boat gently slides into the soft sand of the shore and Jesus hops out and heads toward the tombs.  24 eyeballs are fixed on Him, as the men in the boat are peeking over the edge of the side and getting ready to see the big show. Nobody had ever been able to subdue this man as he broke the chains and shackles with which they tried to bind him.  He spent his time screaming and gashing himself with stones.

As Jesus is walking toward the tombs this wild Walking Deadman comes running towards Him and screaming;

“What business do we have with each other, Jesus, Son of the Most High God?

I implore You by God, do not torment me!”

Jesus had been commanding the spirit to come out of the man and the spirit was refusing.  So, Jesus asks the spirit what is his name?  And the demon replied;

“My name is Legion; for we are many.”

Now a Roman Legion was between 4,000 – 6,000 soldiers.  Suffice it to say there were thousands of demons in this man’s body.  They know who they are dealing with and what He is going to do next.  He is going to cast them out.  So, they plead with Jesus that instead of just sending them out into the abyss, that they are allowed to possess a large herd of pigs over on the hillside.

That says something about the mindset of demons.  Instead of a nice trip back home to their abyss, they want to inhabit pigs instead.  And the pigs are not keen on the idea so once they become possessed by the demons, they decide to all run into the sea of Galilee and drown.

Was it not for the economic loss of the owners of the pigs you have to admit this is quite the sight?  About 2,000 pink pigs bobbing in the water and creating the first mass serving of deviled ham.

Hearing about their substantial economic loss the people came to the scene of the swine and what they see amazes them.  They see this man who all of them had certainly despised, had chained him up and sent him away to live in the caves of the dead …

“…and they came to Jesus, and found the man from whom the demons had gone out, sitting down at the feet of Jesus, clothed and in his right mind …”

This is an awesome moment.  This wild and crazy guy is no longer screaming and running around.  He is sitting down at the feet of Jesus.  He is no longer naked, but he is clothed.  And he is no longer crazy but is in his right mind.

Where did the clothes come from that he was now wearing?  Perhaps Jesus took off His own outer garment and wrapped it around the man.  And he is sitting there and acting like everything that had been tormenting him is gone and he is able to think and talk again.

I suppose I love this story because I see a lot of myself in that man.  There was a time in my life when I was in the depths of my sexual addiction where I was acting like a crazy man.  I was doing things I did not want to do but was overpowered by my flesh.  I said and did things that I am so ashamed of, to this day grieves my soul.  I tried chaining myself to my Christian beliefs, but my flesh was more powerful than my good intentions and I wounded myself over and over.  I was living in a dark place of death, all alone and too afraid to tell anyone.

And I know some of you feel that way sometimes as well.  I invite you to step into the light.  I ask you to walk in the light and have fellowship with others who are finding help and strength through the 180 Recovery Program and our Online Support Teams.

We are not all fully clothed and completely in our right minds.  However, we are making progress by being filled with the Holy Spirit and walking out our recovery with a team of other brothers.

Contact me if you would like to purchase the 180 Recovery Program Video series and workbook.  And or if you would like to sit in on one of our 12 Online Support Teams to see first-hand how it works.  We might not all be in our right mind yet, but we are clothed and sitting at the feet of Jesus.

John Doyel
This ministry began in 2009 with the expressed purpose of providing a support and recovery group that emphasizes not only the healing power of God but also, the personal responsibility of people to do whatever it takes to live a life of purity.
Recent Posts

RSS Feed
Thank you for your support

Feel free to contact me anytime. Ask about the coaching. 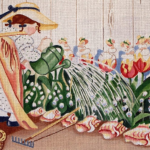 Contrary Mary, How Does Your Garden Grow? ~ blogDaily Encouragement 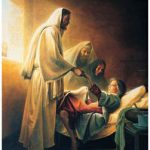